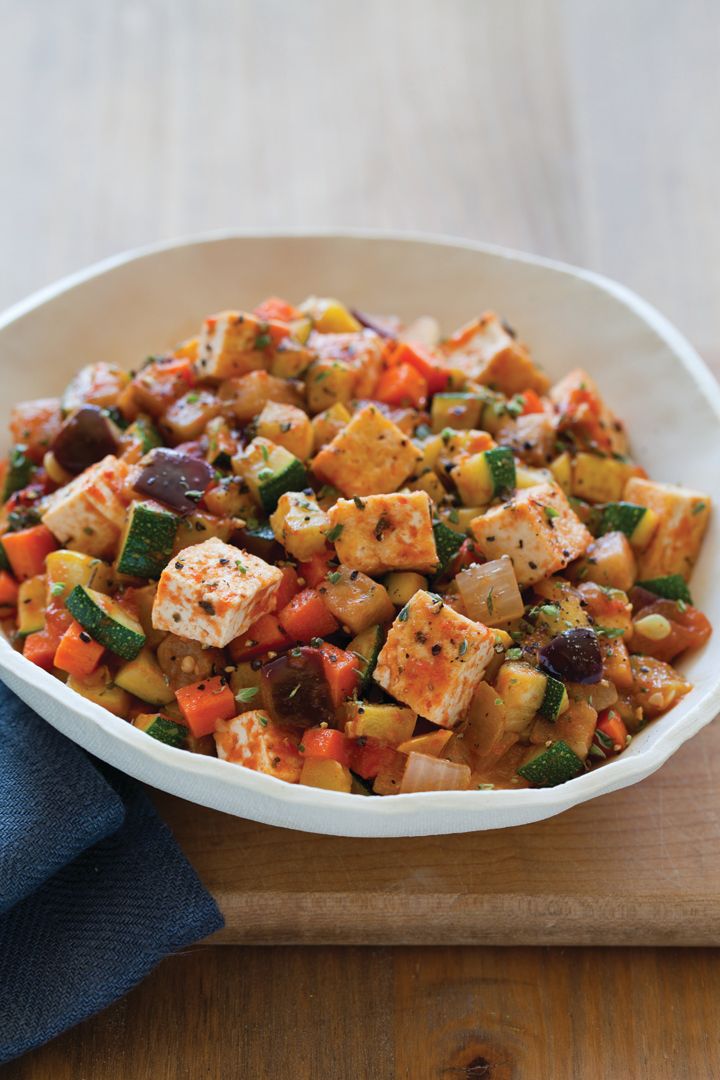 For such a powerful superfood packed with protein, fiber, and phytochemicals, soy is still approached with uncertainty within the breast cancer community. I’ll start with some great news: soy has actually been shown to be protective and increase Thrivership!

I’d love to debunk the top 5 common myths surrounding soy and hopefully putting you at ease in time for your next grocery trip.

Many of my patients’ first words in my office often are “Is soy okay for me to eat?” or “Should I be avoiding soy.” It’s been a recurring question for years and I’m here to tell everyone: Soy is more than OK — if you go the WHOLE way — Whole, Organic Soy Foods (tofu, tempeh, edamame, and miso).

The soy-breast cancer myths were made using soy compounds in older rat studies but not in people; definitely still alarming at the time. However, current research has by now uncovered that rats metabolize soy differently than humans1. It is why leading health organizations, such as the American Institute for Cancer Research (AICR), actually show (in human populations no less!) no increased breast cancer risk with moderate (1-2 servings/day) or higher (3 servings/day) consumption of soy, with light evidence even suggesting decreased recurrence one year after diagnosis2.

In fact, early studies show that women who frequently consumed of soy when they were younger (especially during puberty) had less than half the risk of breast cancer of women who didn’t3! Another analysis found that women who ate >10 mg soy isoflavones per day (about ⅓ cup edamame or ½ serving of Tofu) had a 25% lower risk of breast cancer recurrence than those who averaged <4 mg per day4.

Myth #2: Soy is not a good dairy replacement

The more we see and hear about new alternative plant-based milks, yogurts, butters, and cheeses replacing traditional dairy products (I’m looking at you, almond, hemp, and oat milk!), the more we forget the OG/original milk substitute, soy, which has tirelessly supported us living a dairy-free lifestyle. Soy milk has the added benefit of being the most similar in macronutrients to dairy, with the highest protein available compared to its alt-milk peers. When properly fortified with calcium, vitamin D, and vitamin B12, soy is almost identical to dairy and is the one dairy alternative nutritionally recognized as a dairy replacement in the Dietary Guidelines for Americans 2020-20257. You better not count soy out!

Myth #3: Soy is not sustainable

It’s good to address that all foods grown for human consumption, plant-based or not, will have an impact on the environment. That said, eating soy is dramatically better for the environment than animal consumption when considering animals are a major source of water use, greenhouse gas emissions, deforestation. Almost all minimally processed soyfoods are centered around whole, non-GMO soybeans. GMO soy is often built to be pesticide-resistant, allowing companies to release billions of kilos of pesticide that often destroy native flora and wildlife. Moreover, a majority of GMO soy is produced to feed livestock, with only 1-7% eaten directly by humans. The soy food eaten by humans is one of the more sustainable sources of protein with low global warming emissions while enriching the Earth’s soil with nitrogen when grown8.

I’d like to bet you’ve met some men who swear eating soy will lead them to becoming women. Well there’s no better time to say they have never been more wrong! On the contrary, current meta-analysis based on 41 different studies suggested no significant effects to male reproductive hormones were found when eating soy, regardless of how high the doses were or how long the studies were conducted5. In fact, early studies show men who regularly ate soy were less likely to get prostate cancer6. One less excuse for soy now!

Thyroid problems are a valid concern for many in the world and in the US. Much like the soy-breast cancer myth, soy-thyroid linkage has been based on old animal/laboratory models of research. Since then, plenty of research has been done saying that there is little evidence of negative effects. In fact, even a more recent 2021 review of 400 studies found that isoflavone did not adversely affect thyroid function9.

Soy is an incredible way to power up the nutrient content in that next meal. Just remember the soy milk in your morning routine or the edamame at that Japanese restaurant down the street will not bite. Soy away!

« Flaxseed: The #1 Source of Lignans by Rachel Beller, MS RDN | Debloat remedies from the Beller Method »
Beller Nutrition
Payment Methods Accepted: Visa, American Express, Mastercard, Discover, JCB, Diners Club, Amazon Pay, and Paypal. Sales tax added to spice and book orders where applicable.
*These statements have not been evaluated by the Food and Drug Administration. All Beller Nutritional Institute products are not intended to diagnose, treat, cure, or prevent any disease. There is no guarantee of specific results. Results can vary. All material provided on this website is provided for informational or educational purposes only. Consult a physician regarding the applicability of any opinions or recommendations with respect to your symptoms or medical condition. All sales final. | Copyright © 2017 Beller Nutrition - All Rights Reserved